Головна Сторінка » Appeal of the Experts, Researchers and Journalists Regarding Illegal Detention of Ukrainian Experts in Crimea 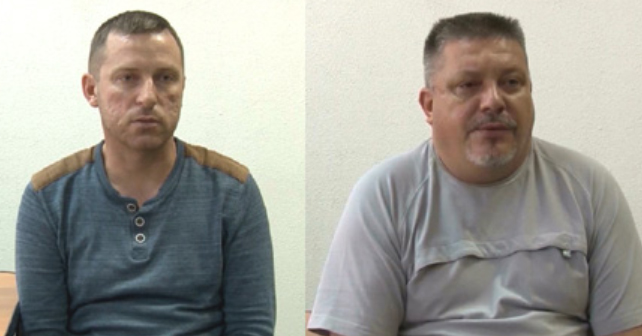 We, representatives of the expert, researcher and journalistic communities, social activists from different countries, strongly protest the arbitrary reprisals of the Russian authorities in Crimea, namely illegal detention and attempts to bring false charges of “terrorist activities” against our colleagues Dmytro Shtyblykov and Oleksiy Bessarabov. Also, we consider unfounded similar accusations against a military pensioner Volodymyr Dudka, captured by the FSB together with the above-mentioned experts.

Dmytro Shtyblykov, Oleksiy Bessarabov and Volodymyr Dudka permanently resided in Crimea both before and after annexation of peninsula by Russia in spring 2014. These Ukrainian citizens were detained by the Federal Security Service of the Russian Federation on November 9, 2016. They are kept in detention and on charges of preparation of the acts of sabotage against the military and civic infrastructure in Sevastopol. The materials of the Russian media make it clear that torture and intimidation are used against the detainees.

Before the spring of 2014, Dmytro Shtyblykov had been the director on the International Programs of the Center for Assistance to the Geopolitical Problems and Euro-Atlantic Cooperation of the Black Sea Region Studies NOMOS, a non-governmental organization created in Sevastopol in 2003. NOMOS Center published a specialized journal “The Black Sea Security”, where Oleksiy Bessarabov held the position of the deputy chief editor. The journal published articles of Ukrainian and foreign experts from Estonia, Moldova, Georgia, Azerbaijan, Armenia, Turkey, France, Great Britain and Russia.

For almost ten years, Shtyblykov and Bessarabov have been engaged in research of international and regional security issues. During this time, they have produced many professional publications, spoke to the media and expert meetings.

NOMOS Center periodically organized and participated in international conferences, round tables both in Ukraine and abroad, used to be a partner of many international organizations. Dmytro Shtyblykov and Oleksiy Bessarabov are well known in expert and journalistic circles dealing with problems of the Black Sea and Caspian region. Until 2014, they were eminent public persons both in Crimea and beyond.

The core objective of NOMOS Center was to ensure a platform for professional discussions and to prepare impartial analytical materials. Conferences and round tables organized by NOMOS Center with the support of other international organizations often regularly featured experts and researchers from the Russian Federation or those holding pro-Russian views. They also had had a voice in discussions with their opponents on the pages of The Black Sea Security quarterly. The think tank had to stop its work, as it was refused re-registration by the occupation authorities. Crimea has become a place, where free discussions on international security issues are not possible any more. Instead, it is now a source of international tension and a territory of flagrant disregard for human rights.

The charges of “subversion and terrorism” against well-known experts are absurd and groundless. It is obvious to all the colleagues, who used to work together with them and participated at NOMOS Center events.

We are sure, that detention of experts and raising grave unfounded charges against them, cases of repressions against Crimean Tatars and other acts of arbitrary reprisals by the occupation authorities are politically motivated order and constitute a violation of human rights. The atmosphere of terror and intimidation dominates today on the Crimean Peninsula. And these acts serve to uphold it. In one of his publications in 2009, Dmytro Shtyblykov wrote: “Creation of the climate of fear is an expression of terrorism, its core nature…”. With the persecution of the expert community, the occupation regime has shown once against its terrorist essence, readiness to violate human rights and freedoms, discriminate and persecute those, who are not agree with occupation.

We demand that the Russian party put an immediate end to persecution of the Ukrainian citizens on the territory of occupied Crimea and free political prisoners, in particular, our colleagues – Dmytro Shtyblykov and Oleksiy Bessarabov.

We expect Ukraine to take all possible steps to defend detained experts and all other innocently repressed victims and use the potential of international organizations for these purposes.

We call on expert, researcher and journalistic communities, civil activists to show professional solidarity and support this appeal.

If you are willing to sign this appeal, please e-mail is at: stoppersecuting@gmail.com